Emerson confirms its intention to acquire the Rockwell Automation stock option package and raises its bid to $ 29 billion (compared to the 27.6 offered through private negotiations over the past few months). 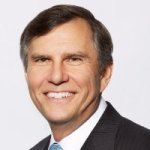 For years, various top players in the industrial automation industry showed interest in the US company’s business (which includes the Allen-Bradley brand). Now, Emerson’s offer, formalized by the company’s president and CEO, David N. Farr (left), is set to create a new giant of the sector that can become in a short time “an industry leader with unmatched capabilities that integrates all aspects of the automation system for a global customer base”. 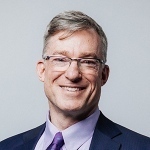 the bidding letter sent to his Rockwell counterpart, Blake Moret (right), Farr also pointed out that, together, the two companies “could offer an unmatched technology portfolio that addresses customers’ current and future needs for a fully connected enterprise, where process, discrete, and hybrid work seamlessly together rather than relying on single, disparate platforms”.

Rockwell Automation still proceeds with caution, stating that, currently, the Board of Directors is “considering carefully Emerson’s proposal”.

UPDATE (November 29) – Rockwell has refused once again Emerson’s offer, stating that the merger would have resulted in a “weakened position and dis-synergies.” Emerson seems to have definitely given up on the acquisition.