On August the 1st, the Italian company’s Board of Directors officially announced the sale agreement to the Brazilian group: Gefran sold its Drives Business to WEG S.A.
The total value of the transaction, as reported by the parties involved, amounts to 32 million dollars.

In detail, the transaction involves the following Gefran subsidiaries: 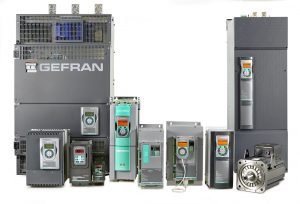 Along with these two whole companies, as part of the deal WEG will also take over the business units specialized in the Drive Business within the subsidiaries Gefran Siei Drives Technology Co Ltd. based in Shanghai, China, and Gefran India Private Ltd. located in Pune, India.

The drives business employs 175 people and, in 2021, achieved annual sales of 44.8 million euros, a figure equivalent to 27 percent of the Group’s turnover.

Stages of the agreement

Completion of the transaction is tied to the fullfilment of a set of requirements defined in the negotiation phase, as well as to evaluation and approval by regulatory authorities. For this reason, the divestment procedure has been divided into several stages:

A deadline of June 30, 2023, has been given for the entire procedure, with the possibility of extending it until December 31, 2023, should the completion of the acquisition of the business units require it. 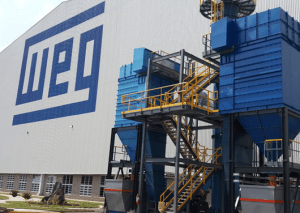 WEG expects that this acquisition will provide significant competitive advantages for the group, securing a prominent position in a strategic market. As highlighted by Manfred Peter Johann, WEG Automation Managing Director, “Our objective is to offer an increasingly broad portfolio of products and solutions, increase our presence in a market as important as the European market, now with local manufacturing, and thereby accelerate our growth process abroad within our motion drives strategy.”

For Gefran instead, the divestment of the drives business gives the opportunity to focus on other market segments, strengthening its leadership in crucial areas whithin the world of industrial automation. Gefran CEO Marcello Perini stated that “The sale of the Drives Business is part of our broader strategic plan to focus resources on the company’s historical core business of Sensors and Components for Industrial Automation. In these business areas, the Group has a consolidated global leadership, generates excellent income results on a stable basis and has primarily directed the investment plan of recent years” .

Parties to the contract

Gefran – an international group with headquarters in northern Italy, employs about 800 people and is a long-standing partner of Intech Automazione, with which it has official distribution agreements.

WEG is an international group operating  in electric engineering, power and automation technology áreas. It manufactures electronic and electrical equipment for industrial activities, including electric motors, generators, transformers, drives and coatings. Headquartered in Jaraguá do Sul, Brazil, the Group has been founded in 1961, it is present in 135 countries, and it counts 12 manufacturing facilities and 37,000 employees across the globe. The Intech Network regularly deals with various WEG products and components, with a focus on high-profitability sectors such as nautical.