ABB Group, a leader in automation, continues its well-structured growth strategy, not just in terms of sales volumes but also concerning its worldwide reputation, with a series of initiatives increasingly denoting it as a forefront company in social responsibility and in talents’ promotion.

Alongside this, the group continues its acquisition strategy, enriching its pipeline with new product categories.

Speaking about products, the summer brought two important news, both marked out by the mutual cooperation between top players in the sector: in robotics, ABB has in fact developed, along with Kawasaki Heavy Industries, the first common collaborative robot operating interface. This new interface, showcased at the end of June at the Automatica tradeshow in Munich, exploits the skills shared by both design teams and is aimed at facilitating the introduction of collaborative robots in the industry, as the most effective response to the constant need for skilled labor.

In the electronics sector, at the beginning of the summer, the acquisition of GE Industrial Solutions was completed – a strategic move that further strengthens ABB’s portfolio in the field of electrification, positioning it on the first steps of the podium worldwide, with important growth prospects, particularly in the North American market.

The ABB Group has proved to be very active in terms of social responsibility as well, fielding a partnership with Nobel Media, an entity of the Nobel Foundation, aimed at sharing knowledge and promoting scientific and technological expertise and constant innovation in science, with a strong focus on new generations and on the development of emerging talents.

ABB’s commitment and its virtuous and forward-oriented approach have been recognized and rewarded by important organizations, including Fortune magazine, which at the end of August included ABB among the world’s top ten companies on the “Change the World” list. The important recognition, which puts the company in eighth place among the enterprises that “help the planet and tackle social problems”, is linked to the innovative solutions developed by ABB for the fast charging of electric vehicles, and awards the positive social impact of activities that are consistent to the business objectives. 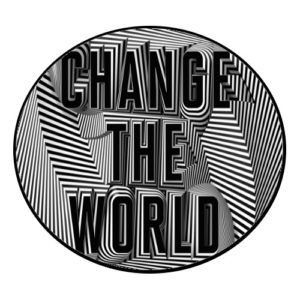 Visit our page dedicated to ABB